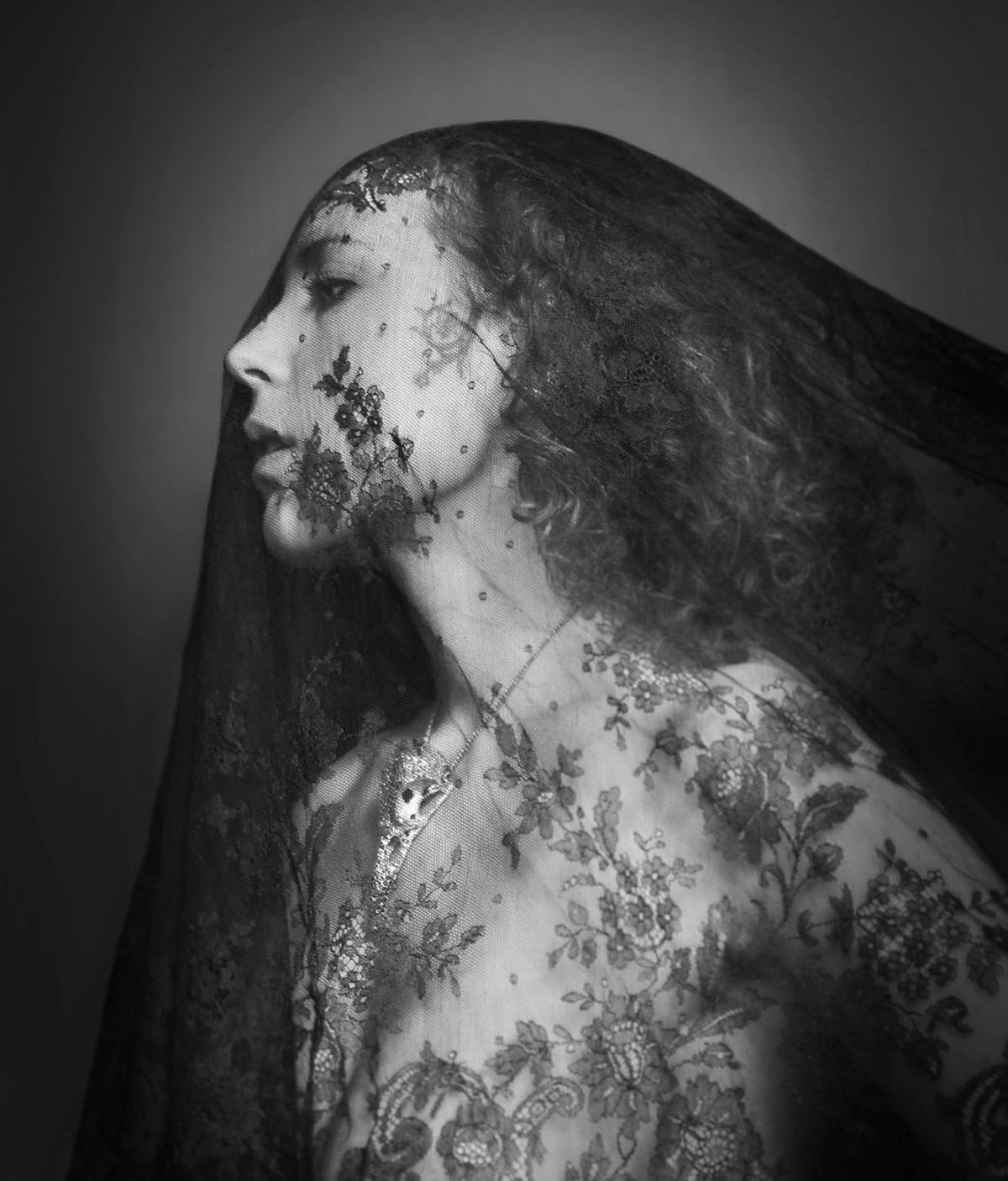 In a then New Land nearly as south as one can go before starting to go north again and during a meteor shower, our prescient protagonist Julia deVille was born to a Nurse and a Wildman.

Her tenacious eyes remained closed for twenty-seven days after her pudendal entry into this tactile dimension. The Nurse informed us that there was nothing worthy of first glance until this auspicious day. For at this most malleable and life changing moment, the chimerical JdV could sense with her tiny eyelashes, the very gleaming thing that was to be her purpose in this lifetime… The Wildman had returned home from a subaqueous marauding expedition. Still half dressed in diving suit, helmet under arm and steeped in brine, he presented to the Nurse the most precious and inestimable jewel that any of them had ever laid sight upon. Especially our newly voyant JdV!

From this moment on our heroine, dotingly named Jules, after her novel affection for all things aureate, directed her germination toward alchemical preoccupations. And her environment was equally encouraging of such endeavours…

The Wildman wore a gentleman’s moustache on his top lip and taught his cherished protégé the value of being uncommon.
He introduced her to the deceased when she was but a pup. When she shook an elderly lady’s limp left hand, asking, “how do you do?” our juvenile JdV concluded that the human form is merely a repository… a vessel containing something far more transmundane. This insight allowed her to flourish, free from fear of expiration, for one cannot undergo the psycho-spiritual transmutation necessary to become alchemist, when inhibited by morbid trepidation.

The Nurse was like the folds of the universe, which JdV lay within and all became still. Both Matriarch and Creator, the Nurse taught her Delphian progeny the art of silence and flawless unconditional love; obligatory apparatus for even the most basic of alchemical incantations.

As centuries rolled by, JdV refined her talismanic skills in clandestine, apprenticing under of the greatest and most formidable masters ever known (and often unknown).

In the mid 19th Century, deVille quietly emerged from her draconian education as master alchemist, with soul almost all in tact. Queen Victoria soon thereafter enlisted our new métier alchimisté as her principal goldsmith. With Queen V’s patronage and friendship, JdV was able to create the most exceptional and heartbreaking regalia. Together they made mourning a fashionable devotional trend. All jewels were ebon to couple the Monarch’s grief from her recent bereavement; jet (both true and French), obsidian and prized black diamonds took spotlight.

One winter at the cusp of the 20th Century, Victoria became increasingly absent, spending her time in solitude at the royal residence on the Isle of Wight, and in 1901 she passed. God rest our blessed Queens's soul! JdV mourned her Majesty and then moved on, burgeoning her palette beyond raven’s pitch. She discovered a luminous universe brilliant with shimmering gems of all colours and diversitiés. Out of death, our fabled sorceress fashioned gorgeous new life!

Throughout the years deVille cultivated her skills and unceasingly reinvented her approach. The collections you behold in this little web suspended non-physical shoppe, are the culmination of centuries of autodidactic and apprenticed lessons. Every jewel has a story to tell and each story is pavé set into our beloved JdV's heart. The most ostensible instruction our benevolent founder acquired from this epoch of both personal and professional transubstantiation, is one of love. She was conceived of it and must exit congruously. So our little factory, simply, is devoted to that most fundamental heart shaped emoticon. Here we craft seeds of devotion and love relics just for you. And might I add, not just in matrimony do we intend the use of these precious jewels. Love is also for child and for consciousness. Devotion, unto oneself and one's Creator. We specialise in every amorous application!

It is the destiny of Julia deVille and all of us here under her ordinance to facilitate and proliferate your personal love story into amuletic palpability.


Yours in sincerity and of course, in love,


You may visit the JdV portrait gallery here